Caring in a Pandemic - Part II 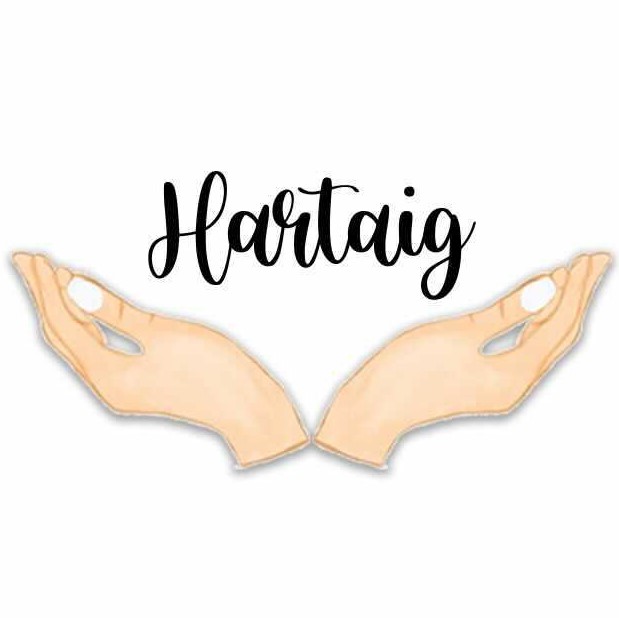 How long have you been a caregiver? 2 months

How did you become a caregiver for your family members?

I came back to be with the family after the strict quarantine was issued in New York. My mom tested positive for COVID-19, which was something that we didn’t predict at all. My mom and my paternal grandmother both tested positive. My grandmother was asymptomatic but she would get very slight fevers. She had other issues that were not COVID-19 related. My grandmother had a stroke about five years ago. That completely immobilized her. She can’t move unless there’s some assistance from someone.

The biggest challenge with her was catering to those needs in addition to everybody else that was symptomatic.

My dad’s sister was also in the house around the same time, because she came to take care of her mom (my grandmother). My aunt was with us for the entire time for those 2-3 months as well.

What was your day to schedule when your mother was diagnosed with COVID-19? Who did you help care for?

My mom was fine for the first two days. She said she would stay in her room and she would be fine. We weren’t very worried. We were just optimistic about it. And then my mom started developing very severe symptoms-extremely high fevers, disorientation, shortness of breath…every symptom that you can think of my mom had. My sister I decided to handle everything. The first thing we did was decide to take off from work. I told my boss and they were so accommodating. They were very understanding. I work for a healthcare technology company as a data scientist. I’m so grateful that I was working for them at the time.

It was almost natural. I ended up taking care of my mom a lot, in terms of checking her temperature and pulse/oxy meter as frequently as I could, giving her all the medicine, and all of the important liquids you need. The setup was interesting. Our house has a basement, main floor, and top floor. My mom was in the master bedroom at the top. My dad had also gotten infected, so he went down to the basement in a separate room where I also was in a separate room. Because I was in close proximity to my dad, I ended up taking care of him. It wasn’t nearly bad as my mom. So I naturally ended up taking care of my dad and my mom, and my sister was taking care of both my grandmothers. Then we shared the responsibility between my dad’s sister. Even though she had a lot of symptoms also such as high fevers, she was still helping out with my grandmother when she could.

It must have been a strange time-even though you may be used to having the same amount of people at home, it was a different environment with different responsibilities.

It was a very bizarre time. We had no idea with the protocol was, so we did the best we could. I would wake up in the morning hoping everyone was alive.

That was a very strange feeling to have for two weeks. Another blessing that we have is that our cousin is a physician’s assistant at a hospital nearby and she would come about every night to our place with a full body HAZMAT suit and check on everyone. She was a great help, especially when my mom was experiencing severe shortness of breath, and we decided we needed to take her to the hospital. My cousin helped with that. My dad, my cousin and I took her to the hospital. My cousin saw to it that she was admitted.

I remember that day. It was very dark, pouring rain, driving my mom to the hospital. My mom was crying because she thought that, it was over. I should say my goodbyes now.

That was very difficult to rationalize. Fortunately, later that night we got a call from my mom telling us to come pick her up because they were discharging her.

Did you get other support from your family during or before this time?

My dad has two sisters. They definitely supported my grandmother prior to this whole issue. I wouldn’t say it was equally weighted. Most of the burden was on my father but they helped. When this whole issue happened, it was difficult for them to help. They would be compromising their own health if they came to our house. One of my dad’s sisters was already here so she was both fighting COVID-19 and taking care of my grandmother. My dad’s other sister did everything that she could. She would make food for us and leave it outside her door. I would drive there and pick it up. I think they all did the best they could during this time.

How did you think you and your sister were different from other caregivers?

Based on what I feel, I think we were in almost a robotic zone. My cousin helped us out a lot with that. She mentioned that when something like this happens, you can’t really think. You just have to do it and keep doing it and hope for the best. I think that’s so valid because we could’ve very easily not done anything and been depressed all day, but that wouldn’t have gotten us anywhere.

My family’s always been there for all of us, so it’s been kind of ingrained in our thinking to be there for our family no matter what happens.

It was just a mode of rapid fire, doing whatever you can with no hesitation. And I think that’s something that might lack in the general public. Maybe people just start to panic more and would want to somehow withdraw themselves from the situation. I can’t say for everyone but this is a feeling I have.

Tips on how to be a proper caregiver would help. I only did what I thought was logical. I was lucky because my cousin is a medical professional so she knew what to do. My grandmother was also a doctor, so she knows how the body works, etc. There definitely was knowledge there.

I don’t want to say that I was in the dark about it but I can definitely see for somebody that might not have these things would be helpful. Things like having a roadmap of how to make decisions without thinking.

This is probably dependent on what the condition is. We knew that with COVID-19 for example, if your pulse/oxy meter is below 90, you go to the hospital. We knew that because our cousin told us that. Some sort of telltale sign that this kind of action needs to be taken when this happens would be crucial.

Are you familiar with your family’s perspective on a relative in an assisted living facility?

I don’t think it was considered a priority. This could be a cultural thing. It could be because in the Indian culture it’s frowned upon to put your family in an assisted living home. I’m not saying this is a valid viewpoint but it could’ve been part of the decision making process.

Both of my parents have this persona that they can take on the world and do it all themselves. It’s like nothing can bring them down, which is a great sentiment to have especially when your parent is struggling so much.

They had a great deal of respect for my grandmother and they didn’t think it would be necessary to put my grandmother in an assisted living home and they could take on the work to have her at home.

People that are close to you have a lot of empathy for your situation. This doesn’t necessarily mean they need to help out. There needs to be an understanding of what is going on in the house and what this person has to do in their day to day to make the situation better for everyone.

That genuine kind of understanding and empathy is extremely important for somebody who is a caregiver so they don’t feel as if they’re being taken for granted.

Would you want your family to do the same for you in the future?

It’s very tough to say because the amount of work my parents had to do to take care of my grandmother was unbelievable. I think any normal person would have called quits on it.

I personally would never want someone to go that far out of their way to take care of me. Whether or not my kids would feel comfortable or not, I wouldn’t feel comfortable so it depends how debilitated I am. I think it would be a tough decision to make.

My mom has told me, “Put me in a nursing home. I don’t want you to do what we had to do.” And my response is no, we can’t do that. We’re going to make every effort to take care of you as well as you took care of our family. And this was also when my grandfather was still around. He passed about two years ago. He was also in our house, pre-COVID-19 but that was even more stressful because he had Parkinson’s. It was both my grandfather and my grandmother who were both severely disabled. My parents were the ones who had to take on the load to care for them. Then my sister and I did what we could to ease the load for my parents.

Do you think your relationship with your family was affected by this experience?

I don’t think it changed too drastically.

It may have changed for the better because I think my parents understood that me and my sister are capable of taking on a responsibility like this and it was very comforting for them to know that their children could take on this responsibility.

If anything, there was stronger mutual respect, otherwise I wouldn’t say anything was aggravated or worsened.

Did you have anything that helped you manage time or helped you get through this experience?

I can’t say anything in particular. I’m usually good at managing my time. I would first check on my mom for breakfast because there were only some particular things she could eat. The next would be to check on my dad, and then on the next thing. It became predictable. That was the routine that we had. In terms of getting through all of it-this is very subjective and unique to me:

I’m very into music so I write music and listen to a lot of music.

I had a lot of moments where I thought, I want to listen to this song because it would make me feel good, or I want to write this melody right now because it’s describing how I’m feeling really well. That was very therapeutic.

That has kept my sanity and be involved with music and how much of a visceral reaction I get from listening to music.


I then moved to producing music as well.

I’m just very grateful for how it turned out, that no one died and we got through it. There are things that I can’t explain that happened. I’m just grateful that it happened the way that it did.